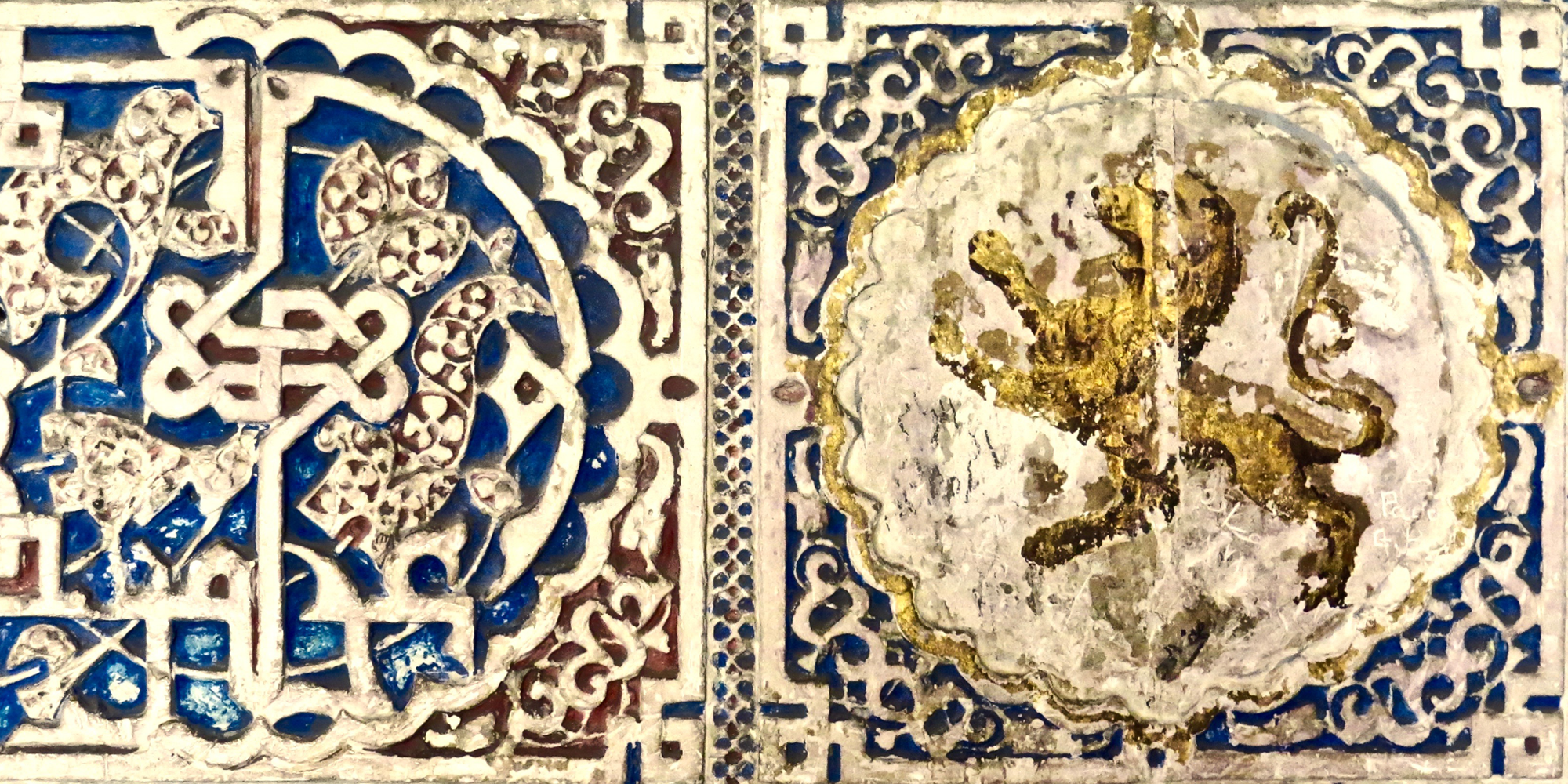 The southern Spanish province of Andalusia is a much-invaded corner of Europe. Its history and culture have been shaped by peoples as distinctive as Iberians, Phoenicians, Celts, Greeks, Carthaginians, Romans, Visigoths, Moors and Castilians. In the context of intercultural communication, the region is sometimes invoked by referring to the seven centuries from which it inherited its name: between 711 and 1492 it was the heartland of Spain under Islamic (Moorish) rule, Al-Andalus. This period is today often associated with the concept of convivencia: the peaceful coexistence and cultural interaction of Muslims, Christians and Jews. In this light, both Andalusia’s past and its present make interesting case studies of multiculturalism.

The term convivencia came into circulation after Spanish historian Américo Castro used it in advancing his influential but controversial thesis that Spanish identity is a product of the intermingling of three religions in medieval Iberia.1 He challenged the ‘myth of eternal Spain’: the idea that Spanish history had an essential unity and continuity, a divine direction, which was essentially Christian.2 Castro instead stressed that the impact of the Islamic and Jewish cultures on Spain was pervasive and permanent, because their living together had gone further than mere physical coexistence: it was characterized by exchange and mutual influence3 – a change of identity.

Convivencia increasingly gained popularity as an example of multiculturalism and religious pluralism. Castro wrote in 1948, the year of the establishment of the state of Israel, in relation to which much has been published about convivencia. Later, especially after 9/11, the term came into use as an antidote to anti-Islam sentiments, showing the possibility of Muslim tolerance towards Christianity and Judaism4: Al-Andalus has been described as exemplifying Islamic culture’s intrinsic openness to accept contradictions within a community and as a model for our time.5 In the Spanish context, politicians have referred to the concept to promote a modern-day convivencia between different cultural and religious groups.6

Criticism has arisen that this is a romanticized and simplified version of history distorted by modern terminology, used to advocate a kind of society very different from what actually was the case.7 Apart from interfaith coexistence not being exclusive to Islamic Spain,8 the pluralism of Al-Andalus was not without conflict nor was it on the basis of equality: non-Muslims were second-class citizens who had to pay heavy taxes.9 Moreover, the tolerance of the Islamic rulers had not sprung from idealism, as we know the term today: tolerance as a value in its own right. Rather, the relative freedom given to Christians and Jews was driven by pragmatism as it was a means of securing peace and economic activity.10

Either way, convivencia certainly stands in high contrast with the subsequent period in Spanish history marked by the Inquisition, during which all non-Christians were persecuted, forced to abandon their religion and customs, and eventually expelled. After 1492’s Fall of Granada, which was the last bastion of Muslim presence on the Iberian peninsula, nationalism and homogenization prevailed in Spain. Ethnic diversity was covered with a cloak of cultural and religious uniformity, and, with the exception of two brief periods, Catholicism remained the state religion until the end of the Franco regime.

The modern Spanish constitution was written in 1978 and established Spain as a secular and decentralized state. Power was asymmetrically devolved, giving more autonomy to regions recognized as having a distinct identity and history: initially only Catalonia, the Basque Country and Galicia. The indignation this caused in Andalusia led to protest until eventually it was allowed to join the three northern communities on the ‘fast track’ to autonomy. Justifying Andalusia’s regional distinctiveness were stereotypes like bull fighting, flamenco, religious celebrations, and the Muslim history – a fruitful basis for a tourism industry.11

The regionalism draws on ideas of the ‘father of the Andalusian fatherland’ Blas Infante (1855-1936). Born in a century that had seen a new interest in Spain’s exotic past by the Romantic movement, Blas Infante derived Andalusia’s exceptionality from the Moorish period, which he regarded as a golden age. As opposed to Basque and Catalan nationalist discourses based on racial purity, Blas Infante stressed the importance of cultural and racial mixing, pursuing a paradoxical combination of the ‘universalism’ of convivencia and a particularistic regional nationalism.12 Famously, Blas Infante wrote that “in Andalusia, there are no foreigners”13 and described Andalusians as “Euro-Africans, Euro-Orientals, universalist men, harmonious syntheses of men.”14

The same year in which Andalusia was granted the highest level of autonomy, 1980, a national law was approved guaranteeing freedom of religion. This is indicative of the liberal climate that emerged during Spain’s transition from fascism and enforced Catholicism to democracy. A space for social experimentation developed, which led many Spaniards to convert to Islam. In Andalusia, these ‘neo-Muslims’ were in part motivated by the desire to revitalize the Islamic nature of local identity to promote regional autonomy.15

The so-called “return of Islam” to Spain came in a second wave in the 1990s with immigrants, especially from Morocco. Andalusia, like Spain in general, has traditionally been a region of emigration, but has in recent decades transformed into an area of net-immigration due to the economic growth that ensued from Spain’s entry to the European Economic Community. In 2016, almost 310,000 Muslims lived in Andalusia (some 3.7% of the region’s population), of which 54% are immigrants and the rest Spanish nationals, either naturalized immigrants or Spanish-born converts.16

After centuries of Catholicism being the only religion in society, the past years have thus gradually started to bring back a religious pluralism à la Al-Andalus. But despite or because of whatever idealized version of convivencia its inhabitants deploy in defining regional identity and pride, Andalusia is not immune to Islamophobia.17 This parallels contemporary anti-immigration sentiments in other European countries, but also reveals deeply-ingrained attitudes of Catholic Spain that forged the nation against the ethnic and religious Other, the Moorish Muslim. And his former presence was nowhere more tangible than in the erstwhile heartland of Al-Andalus.

Such historical attitudes are brought out in local festivals commemorating the ‘re-conquest’ of Spain, such as the festival of Moors and Christians (fiesta de Moros y Cristianos), celebrated in Andalusian villages, and the Day of the Taking (Día de la Toma), remembering the Fall of Granada every January 2. The celebrations reenact battles in which Muslims are depicted as evil invaders defeated by Christians who reclaim their rightful land. This has provoked many debates about whether the festivals should be refashioned to celebrate tolerance instead.18

Islam is cast in opposition not only to Christianity: it is also seen as the antithesis of Spain’s process of secularization.19 Research shows that only 19% of Spaniards say being Catholic is (somewhat) important for being truly Spanish (one of the lowest percentages among the European countries surveyed)20 and, although some 70% of Spaniards self-identify as Catholic Christians, almost three-quarters of them indicate that they seldom go to mass.21 Christianity increasingly being confined to a cultural identity allows Spain to present itself as modern and western; as having caught up with the rest of Europe as a “Christian-turned-secular cultural space.”22

In Andalusia, a region strongly committed to the project of joining European modernity as it tries to shake off its image of a backward region, Muslims find themselves in a unique context: one in which Islam is simultaneously admired and even exploited. Paradoxically, Muslim immigrants are considered a threat to Andalusia’s identity that itself is largely constructed by means of an Islamic past, the pure exoticism of which attracts great numbers of tourists following in the footsteps of 19th-century Romantic travelers. Andalusian Muslims criticize the orientalist tourism policies that instrumentalize Islam and by extension themselves.23 The Catholic Church, for its part, also rejects the highlighting of this particular period of Andalusian history by stressing the importance of the region’s pre-Islamic, Christian roots, considering the Muslim rule an occupation.

Islamophobia and Islamophilia existed and exist side by side in Andalusia. In Granada’s historical Muslim quarter, people admire brightly colored scarfs in Arab-themed souvenir shops, while they might look away in disapproval from the same scarf on a woman’s head. Although this neighborhood exploits its Islamic past, it took 22 years of protests and political and legal strife before a mosque was built there, the first in Granada since 1492.24 In the Christian re-conquest of Spain, all mosques were destroyed; one, however, even the Catholic rulers thought too beautiful for such a fate and instead built a cathedral rising out from the middle of the originally flat roof: now known as the mezquita-catédral of Córdoba. There, the visitor is invited to marvel at the Islamic architecture of the city’s main tourist attraction, in which today Muslims are strictly prohibited to pray.25 In Seville, then, one will be awed by a royal palace that looks like another spectacular example of Islamic design, but which in reality was created by a Catholic king.

The ambivalent attitude towards Islam is indeed most apparent in the period after the end of Moorish rule in Spain. While the Christians ventured to drive out the Muslims, they remained deeply impressed by the fruits of the Islamic and Jewish cultures. This has been called one of the paradoxes of Spain’s Islamic art and architecture:26 long after the Muslim sovereigns were overthrown, their style of building and design continued to be applied because of a fascination that persisted for centuries among Catholic rulers, who simultaneously tried to fully destroy the human presence of Islam by persecuting all Muslims. Under their rigorous leadership, Andalusia would even become the point of departure for the spread of Catholicism to new corners of the world.

This is the context in which Américo Castro used the term convivencia. The Islamic and Jewish influences were not simply erased when the religions left the peninsula, because after centuries of coexistence they had become part and parcel of Spanish identity itself. It was this very contradiction of Spanish preoccupation with the superiority of other cultures that Castro maintained to have marked the national character and which explained why Spain wasn’t like the rest of Europe.27 According to him, expelling Muslims and Jews was the beginning of “Spain’s living in denial of itself.”28

Like Castro, many who have tried to make sense out of Spanish and Andalusian identity and history have had to resort to the use of paradoxes, contradictions, syntheses or contrasts. Andalusia can at the same time be regarded as a unique case – not unusual for a frontier region – and as challenging contemporary understandings and expectations about concepts like multiculturalism and social cohesion.

The picture shows the lion of Spain’s coat of arms as part of Islamic-style wall decoration in the royal palace in Seville.

Calderwood, E. (2014). The invention of al-Andalus: discovering the past and creating the present in Granada’s Islamic tourism sites. The Journal of North African Studies, 19(1), 27-55.

Leman, J., Stallaert, C., & Lechkar, I. (2010). Ethnic dimensions in the discourse and identity strategies of European converts to Islam in Andalusia and Flanders. Journal of Ethnic and Migration studies, 36(9), 1483-1497.

Menocal, M. R. (2000). Culture in the time of tolerance: Al-Andalus as a model for our time. Occasional Papers, Paper 1.

Soifer, M. (2009). Beyond convivencia: Critical reflections on the historiography of interfaith relations in Christian Spain. Journal of Medieval Iberian Studies, 1(1), 19-35.