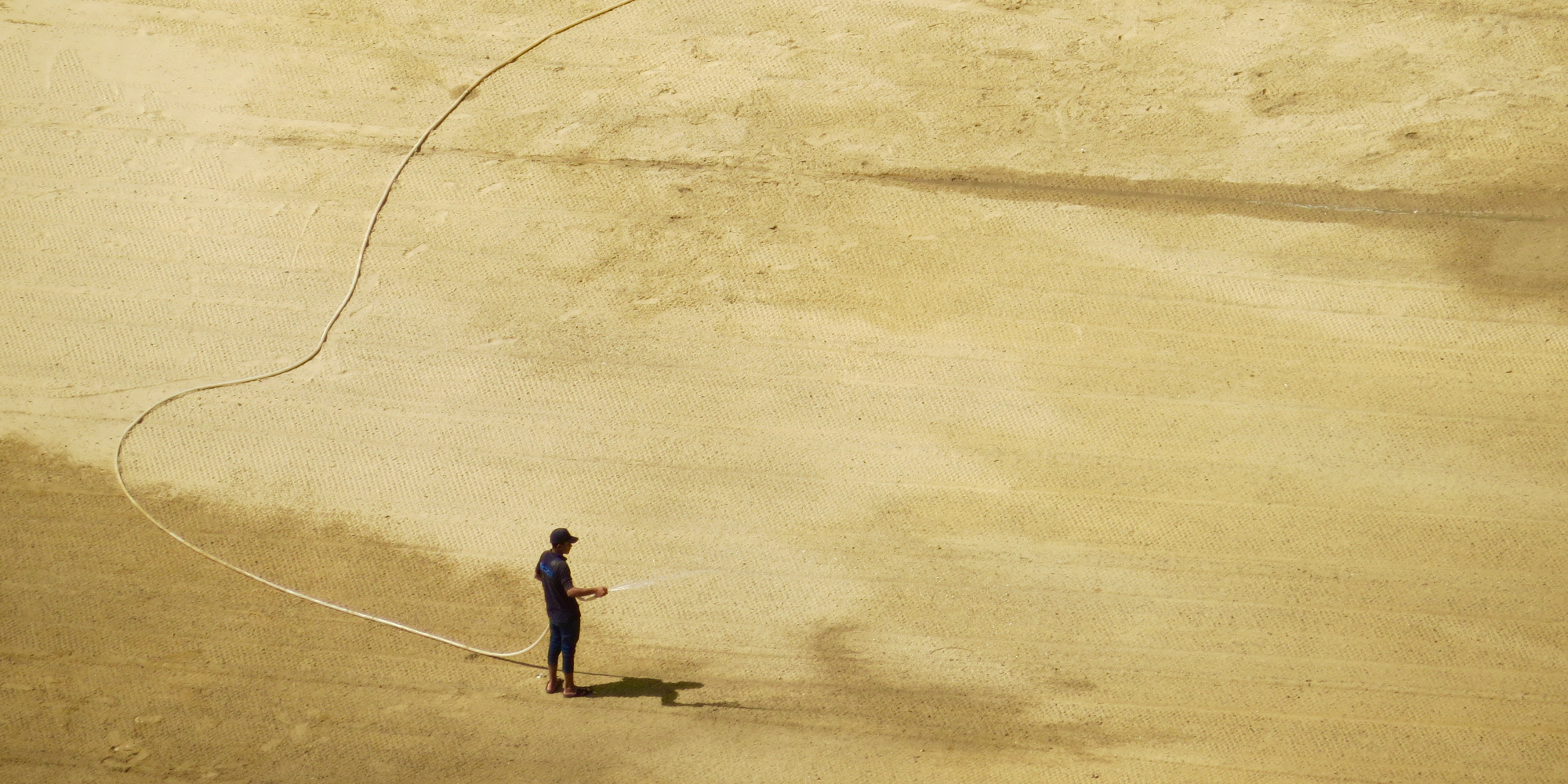 If only the world made sense. It’s a jumble of arbitrary events, a mess of moments, admittedly related, but few of them making any sense to us.

It’s an age-old problem: we just can’t wrap our heads around life. Religion has traditionally been a good resort. It gives answers and explanations, an understanding of the world, certainty. And if things still remain unclear to us, it’s because the human mind is incapable of comprehending the ways of God. It makes you accept life as it is, with all its vagueness and unfairness.

Atheism can imply an uncomfortable and unromantic nihilism: a life without meaning or value, without purpose or justice, “the aim is lacking, ‘why’ finds no answer”, wrote Friedrich Nietzsche.1 His madman, describing nihilism after the death of God, asked: “are we not just falling? Backward, sideward, forward, in all directions? Is there still any up or down?”2

Even though I’d rather live with the uncomfortable truth than under a comforting illusion, it can be nice to have a temporary escape from the infinite meaninglessness. Help could then be provided by films or books. Per definition directed or written, they reflect a world in which everything is deliberately created like that and thus, so we may expect, has a sense – or at least a reason.

When I read or watch a work of fiction, I relish the unfolding coherence and enthusiastically search for the intentions behind every detail. I turn to fiction for a soothing moment of unity and closure – the absence of precisely that can, then, be utterly frustrating.

I once furiously left a film academy students’ presentation of their final work because of that reason. All along the night I had assumed that it was my own lack of insight that made the films senseless to me, but when asked after the meaning of his piece of art, one student said that he had thought it ‘just fun’. I felt misled.

Later, on a film festival, I saw a documentary about the unsuccessful story of ‘Nueva Germania’, a colony in the jungle of Paraguay founded by 14 German families of pure Aryan stock. The last living descendants were two elderly brothers: blue eyes, a Saxon accent, and on their bookshelf a copy of The Will To Power, a collection of fragments written by or falsely ascribed to Nietzsche (whose antisemitic sister was among the first inhabitants of the colony).

The film started with one of the brothers reading a fragment from The Will To Power about the advent of nihilism,3 which aligned with their profound interest in the predictions of the end of the world from American preacher Harold Camping. But juxtaposing it with nihilism’s loss of religion puzzled me: their bookshelf also contained a Bible, testifying to their strict Lutheranism.

For a moment I lost myself in wild interpretations of the matter, but the director of the film put an end to that by responding to my question that the quote was pretty much randomly chosen. It had just been one of the first pages of the book chosen because the brothers knew the first pages the best: they could hardly read. Let alone that they were aware of the contradictions in the ideology of their ancestors.

Misled, once again. This time because it was not a film: it was a documentary. It was directed indeed, but it had not escaped from the arbitrariness of reality it showed. O cruel world.

How tempting it is to look for and imagine significance in the seemingly random happenings we are confronted with every day. To look at the world as if tells us a story. It’s a human inclination, it’s what religions are based on and what I am also tempted to. You just really, deeply, intensely want the world to make sense. But well, it usually just doesn’t.