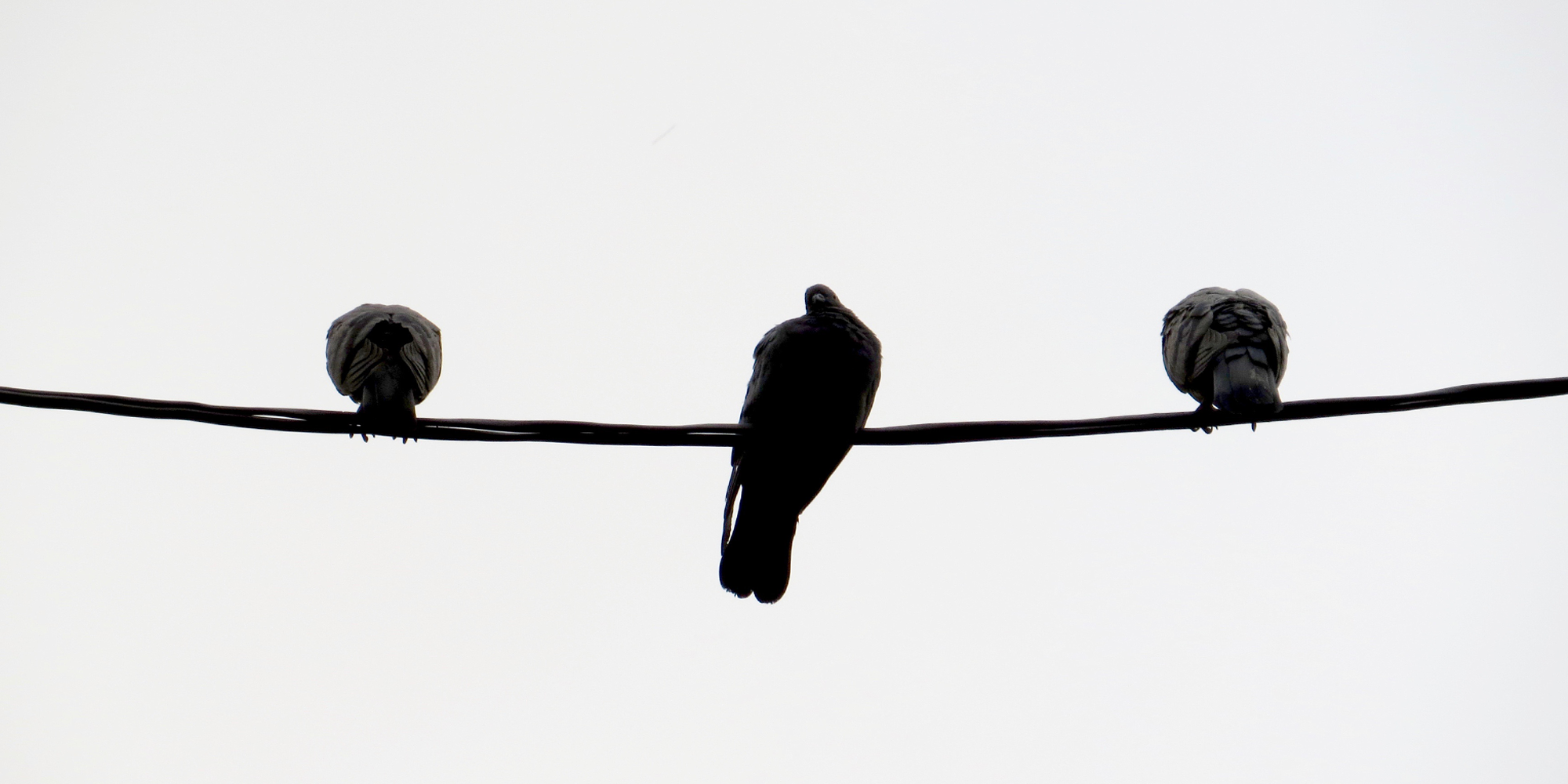 This is an extra chapter for the book Birds without wings by Louis de Bernières. It provides a new perspective on the novel.

“Lately, I have been having dreams about the former times of Eskibahçe. I have never had the habit to remind myself of those days, but it suddenly seems to be imposed to me. The memories stem from very long ago, long before my eyes got grayer than they already were, my world darker than the kohl that used to frame them, and my cleavage more arid and wrinkly than crumpled paper. But some things I recall very clearly. Of course I remember the sight of the lovely Philothei, the girl of legendary beauty with a too-short life – probably no one who has ever seen her will forget her until the day of his or her last breath. The few still among us might regret that almost nobody is left who remembers her appearance. I do, but indeed, what else have I been for most of my time, than nobody.

Precisely because of being insignificant and neglected, I know much, despite not frequently being among the people, for they would all turn their backs on me, including and in particular the men, in some way embarrassed, it seemed, even though everybody knew. Pretendedly unnoticed they came to me and my sisters, and how often not only for physical appeasement, but to get something off their chest. I know so many things that no one in this village knows. What happened inside the darkness, and what has been told to me. I could fill a lot of pages with all those stories, if I could write, and had done it before everything went black. But I decided never to tell. Frankly, I don’t know if I ever made this choice out of respect for those involved, or just because it wouldn’t make any sense for me to do it, for who would believe a harlot anyway?

These things will die with me, as will hopefully soon happen, and as will hopefully especially happen to the story of why Ibrahim went mad, which I know because Iskander the Potter has told me on one of his visits. He still, when asked, says that he is the only one who knows the story, but that’s not true, and I have noticed this spark of complacency in his eyes when saying so. Perhaps he has even forgotten that he told me, at a weak moment when he felt the urge to unburden himself, knowing it would be safe with me. Yes, I think even Abdulhamid Hodja, peace may be upon him, concerned about the most unfaithful, as he was, judging from that he saved Tamara Hanım, even though he arguably shouldn’t have – even he probably would not have genuinely acknowledged any of my words.

Albeit I thus got acquainted with the story of Philothei from its beginning until its very end, I decided never to tell anyone. The lovely Philothei came into this world to bring us joy and conciliation, and, beautiful as she was, she doesn’t deserve to be remembered in a grievous story, which will be told by generations, who will only pity her, and have never seen her true beauty.

I’m puzzled as to why I’m having these dreams lately, as it reminds me of her, and of all the things that happened in Eskibahçe, while it’s futile to think about it, since I am no one to change the past. It is as if someone has dusted down the history of Eskibahçe, word by word, and because there was such a splendid little piece in it, in the form of a Christian girl, it managed to break away and appear in every mind that it still could enter, for it was this piece that was still too shiny to be gone for eternity, but also too bright to ever be captured by someone who has never seen the origin in its true beauty. I have the feeling somebody is attempting to put the stories of Eskibahçe into words again. And if that is the case, there is one thing I want to say about that.

I know that wrong sentiments about the stories are existing among us. I want to warn you for those that are saying that everything that happened to us, was made to do so by the great world. That if it hadn’t been for those happenings, our lives would still have been the same: we only changed because the world around us forced us to change with it, unwillingly. You may find, for instance, Iskander the Potter, who still, but very rarely, comes along, merely for talking now of course – you may find him with a certain nostalgia. But our history is not of the sort that is open for these kinds of feelings. Our history was a one way process.

I may not be an educated woman, but over the course of the years I gained knowledge about the world, and I know that the way things go are the only possible way, and the best way, in accordance with God’s plans. All of this happened because we had to go to a better life, and we apparently couldn’t take care of that ourselves.

Eskibahçe is better off without the Christians, I am sure of that, and many here agree. I do know some are missing them, but that must be only because of their feasts, which occurred almost on a daily basis. Oh, how often did I get those drunkards rapping on the heavy door. Looking back, I wonder how we could have lived for so long in harmony side by side. We used to say that, at the end of the day we were both peoples of the Book, and I particularly remember this from when I was still among the people, when the Muslims and the Christians were just mingling. Some would even ask a Christian to pray for them, to their Virgin Mary Panagia. But true as it may be that we both followed the Book, the fact remains that the Christians were following a wrong interpretation. I don’t consider them intellectually inferior to us, they were just unlucky. After all, I would also believe something that had been told to me from the moment I was born by all of my family.

Eskibahçe was our Garden of Eden. The good and the bad lived peacefully next to each other, but it was determined to go wrong. It makes me chuckle, by the way, hearing myself talking about right and wrong, for many would see me as the wrong, and they’re right, just like the poor Tamara Hanım, peace may be upon her.  But after I came in the brothel, I have suffered for my sins, and if there is someone now who knows about wrong and right, it’s me. My relationship with God has changed. Because of that and of all the talks with the men of this town, Muslims and Christians, I might know more about the different ways of believing than everyone else here. And what I know now, is that we, the Muslims, have been ruthlessly selfish. We knew the Christians had gone astray, but we never even tried to get them acquainted with the right path. If we had known that their prospects would have been so dark, I think we would have introduced them to our faith, because they were certainly not bad people. Take, for example, the lovely Philothei, how could she be a bad person?

I know that it was because we hadn’t made an effort to help the Christians that the war came upon us. God had become impatient and decided to remove the Christians himself, so to say. We are to blame for it, and in that sense also for Philothei’s death. I know that Philothei had come to earth as some sort of reminder that we should help them. It was all clear, for how could a girl so beautiful be of the other faith? Philothei was meant to make us aware they were one of us, too. But we didn’t realise, and we still didn’t when it became clear she would be marrying Ibrahim. We were too tolerant, to say this with a nice word, but actually we have just been egoistic. So, God did what He had to do.

We had disappointed Him, and I think this is why we now have Mustafa Kemal, who wants to be known by another name. Everybody seems so excited about him, but I don’t understand his aversion to the faith. It was proven that our faith is the right way, and not the Christian faith, and not the ideas of the non-believers, so it would indeed be logical that our believes should also be guiding when ruling a country. But I think this is God testing us, after having failed the first time, he wants to see if we are strong enough to stay true to Him, even under these more extreme influences – more extreme because, after all, even though the Christians were wrong, at least they tried to believe in God.

Nevertheless, in general everything turned out better. We were, at least officially, part of an empire, but we are now truly a land, as one nation, after these parts becoming completely Turkish, within secure borders. We have an identity now, and a belonging to something bigger. Beforehand, we were Muslims, and we were part of the umma. The empire didn’t exist for us. Can you believe some of us hardly knew about the empire during the time of the sultan? Now we are also part of something much closer, more significant to us. ‘Happy is the man who calls himself a Turk’, has been said, and we couldn’t agree more. I can hardly imagine anymore how we used to not even have a nationality. We were either Muslims or Christians, and we only sparsely entertained terms like Greeks, Turks, and Ottomans. My mouth forms a sore grimace whenever the memory turns up that the Christians sometimes actually used to call us Turks to insult us, while we were not aware yet as to how thankful and how proud we had to be of being Turkish.

Anyway, what I mainly wanted to say, is that if you’ll ever hear the true story of Ibrahim and Philothei, know that it is not a tale of how what happened in the rest of the outstretched world brought great misery upon two individuals. It didn’t occur as a consequence of events elsewhere; the things happening in the world happened because of us. And don’t look back on our history with regrets, or with thoughts that it could or should have been otherwise, or with a longing for better times. All that happened was supposed to happen. History moves in strange ways, with many loopholes, but everything that came to pass was made to do so by the great God, on our way to a better life. The big empire, which was at the same time so small for us, because we only knew Eskibahçe, would inevitably crumble. We didn’t realise what we belonged to, we didn’t know who we were. We were all nobodies, more than I have ever been. And don’t let anyone tell you otherwise.”