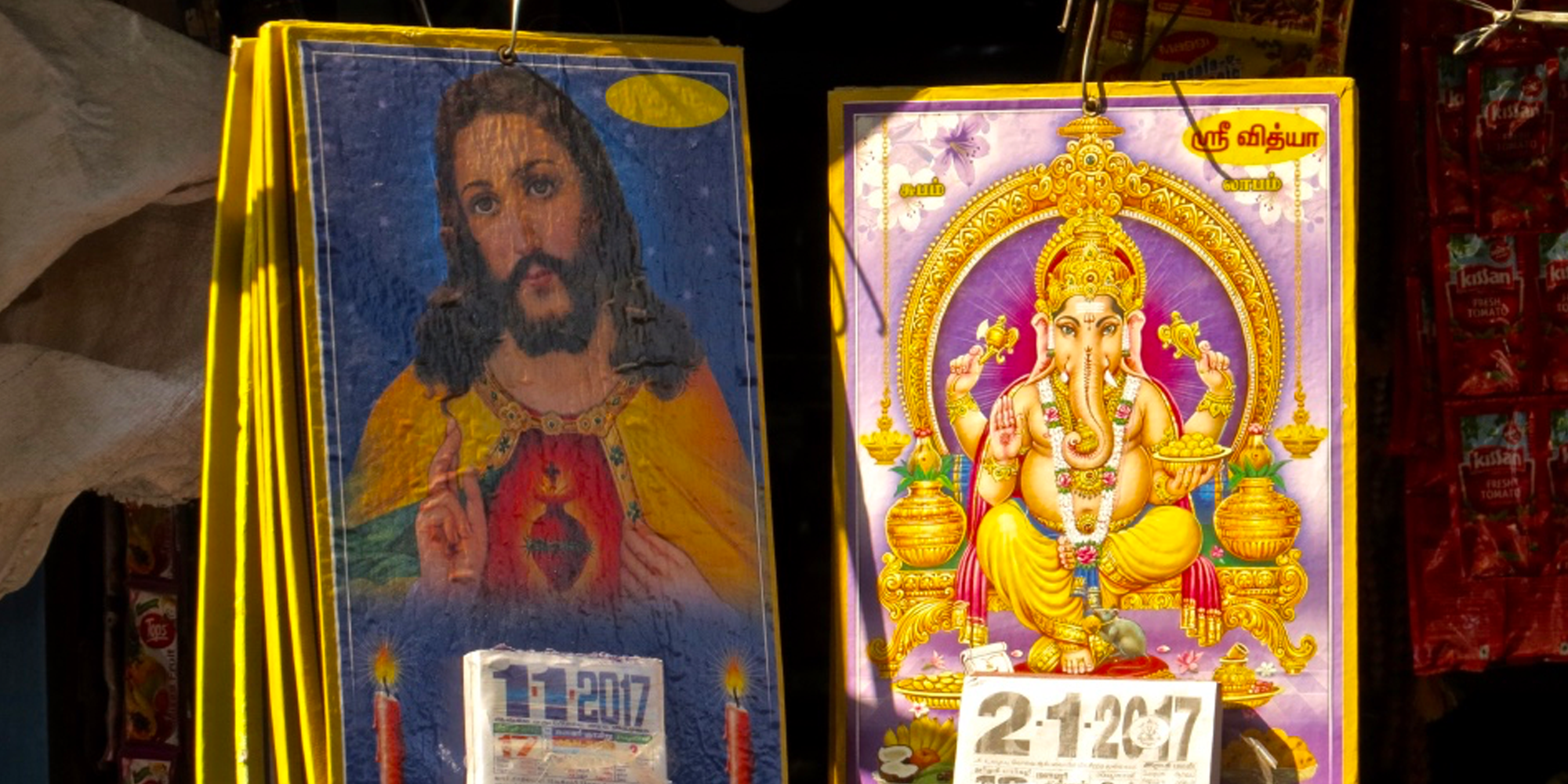 Leaves falling from the trees, umbrellas appearing in the streets, and girls covering up their faces with scarfs: in New Delhi these are signs that the summer sun is arriving.

In India’s hottest season, mornings have to be put to good use. Many a Sunday I would get up at six o’clock to visit the weekly Old Delhi book market, returning before the heat would become unbearable and in time for my weekly Bible group.

One morning, walking through the old quarter that was once called Shahjahanabad (the city of Mughal emperor Shah Jahan), I was drawn into a 17th century mosque with beautiful shades of green and red. I learned it had been built on the orders of one of the wives of Shah Jahan, himself occupied with creating a building for another wife, his favorite – the Taj Mahal.

Awed by the building’s architecture, I was approached by a Muslim man with whom I ended up talking about religion for nearly two hours in the peaceful atmosphere between the age-old walls. For all of my questions he had an answer and a Quran verse.

Because of this unexpected but delightful meeting I had no time left to go to the book market and rushed in a tuk-tuk to my Bible group. I was welcomed in the house of a Christian missionary who himself had converted from Hinduism. Together we prayed, sang, read and discussed. For every question I asked I got an answer and a Bible verse.

That evening I met a good friend over coffee. A devout Hindu, and one of the reasons we are friends is that he enjoys learning more about his own religion through my questions, which he always happily answers. If he has no answer, he makes sure to have one the next time we meet, along with a verse from the Bhagavad Gita.

I was very appreciative of the openness and eagerness of the the three people, all of them Indian, to talk about their fundamental beliefs with someone from a very different background – non-Indian and non-religious.

As wonderful and insightful as all meetings were, at the end of the day I felt sad. With the three people I had been discussing not only their own religious convictions, but also had asked about their views of other religions. But every time I did that, my question or comment was received with a smile of the kind in which I thought to recognize contempt. Eyes seemed to lit up in amusement, entertained by the thought of the silliness of other people’s beliefs – much like how some atheists talk about theists.

“I don’t buy it that we would only have one life – only one test, and if you screw it up, you will suffer in hell forever? That makes no sense.”

“Having multiple lives? Do good, incarnate, do good again, incarnate again? What sense does that make?”

“Everyone sins every now and then, that’s human nature. And if God is just, he has to punish this. Jesus is the only one who can save you, as he offers to carry your sins.”

“Humans are not inherently bad. Do you think that stillborn babies go to hell just because they weren’t baptized? Everybody is born pure, and born a Muslim.”

H “It’s ridiculous to think that humans or the human conscience is the most superior thing on this earth.”

IC “Why would you worship objects that are made by human hands?”

Two recurring arguments were: “that makes no sense” and “that isn’t be true because the [holy book] says…”

French sociologist Pierre Bourdieu has used the term ‘doxa’ to refer to people’s fundamental sets of ideas that are often unconsciously taken as self-evident, natural and commonsensical. The three persons I met that Sunday were very aware of their respective religious beliefs and, unlike many others, they in fact had questioned those. But so imbued with their truth, they would only understand the arguments in support, which became mere rationalizations assigned to their convictions in retrospect.

In moral philosophy, ‘emotivism’ holds that all ethical disagreement is without an end because underlying everyone’s own position there is some non-rational decision to adopt that position. Moral judgments are just expressions of preference, masked by justifications of the mind – an idea backed by neuroscience. In this case, the reason one argument or the other is more convincing is not because of the arguments themselves, but because of one’s own background: what one has gotten used to finding normal and reasonable.

Dialogue based on such premises lacks understanding or even the openness to learn from one another and doesn’t surpass the stage of mere communication. Actual dialogue goes beyond recognizing different perspectives: it is characterized by openness to learn from them. Peaceful coexistence otherwise only takes the shape of allowing others to freely dwell in their irrationality instead of truly respecting the value of their convictions. “Dulden heißt beleidigen” said Goethe in this context: to tolerate is to offend. Instead, we need to recognize the value and reality of others’ beliefs.

While the three meetings on that Sunday left me enriched and inspired by India’s many different faces, I also felt disheartened. As much as I would like to make the case for inter-religious dialogue, the platitude that India is a country of exceptional diversity is also true for the whole world, and holds beauty and challenges.