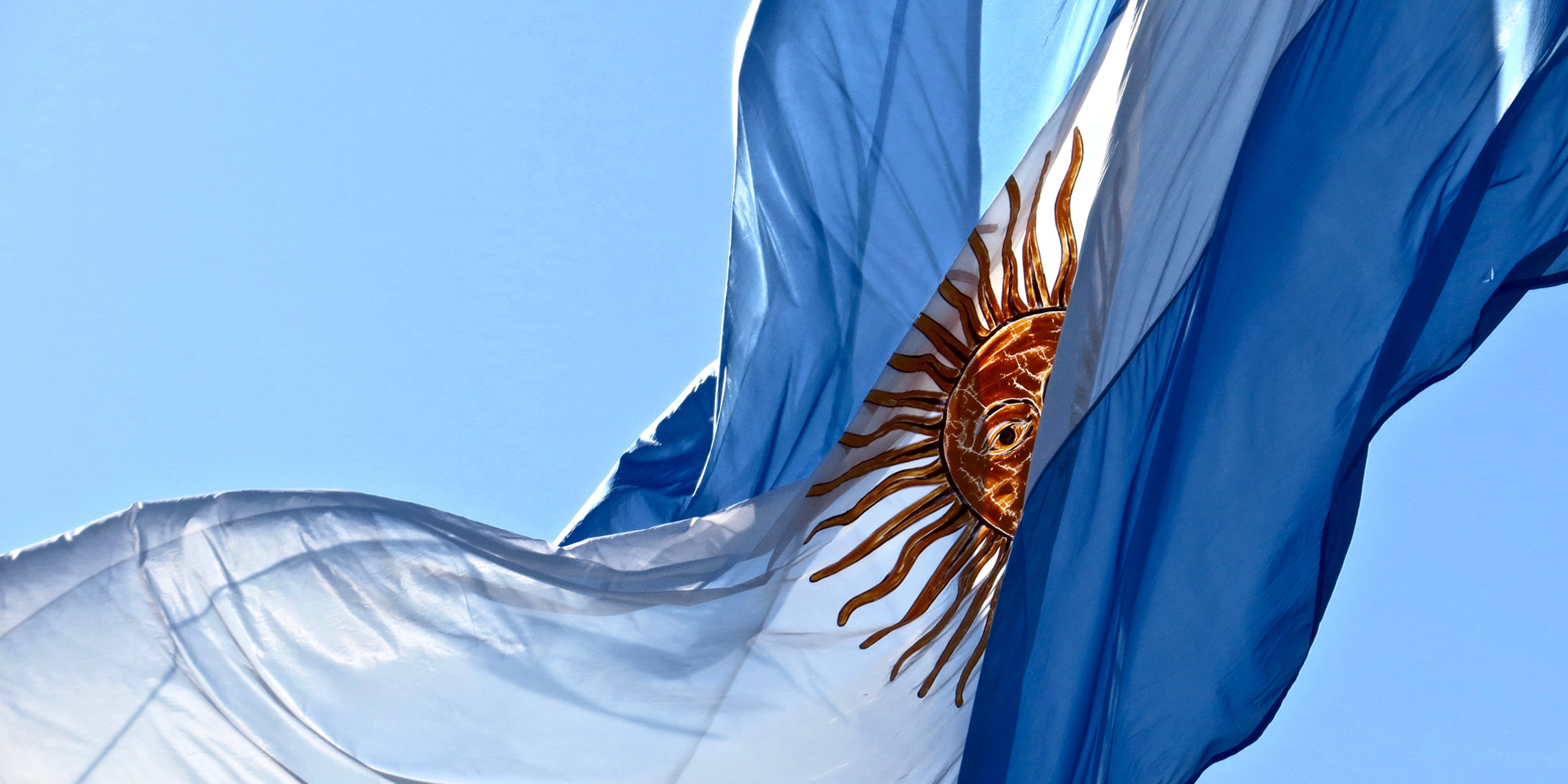 I had arrived in Buenos Aires, farther away from home than I had ever been, and yet that fact didn’t seem particularly relevant.

At my first nightfall I stood in the dark in front of the window. My new flatmates had left and I was alone. I had plugged in my chargers as no single device was still working after 24 hours of traveling, and all lights had gone out. No electricity meant no warmth and no wifi, which sabotaged my evening plan of comfortably curling up in cyberspace. I was forced to face what was in front of me: the new city.

I found delight in looking at the apartments on the other side of the intersection down below, itself a surreal place where Ecuador crosses Paraguay – the street names. I saw the many different lives taking their course in what seemed like a steady mundaneness, displaying a blatant disinterest in the fact that I had just traversed half the globe. The lack of light in my apartment had created a vacuum, deflecting any gaze.

It’s too much of a cliché to say that cities are impersonal and anonymous. Rather, I felt a refreshing sense of authenticity. I realized why cities are not the most natural, but the most truthful way for people to live. Natural for people is to think of their surroundings as a universe with themselves as the center – everyone has the privilege to be the protagonist of their own story. Truth is that every one is one among millions. A city gives a hint of one’s real place in the world; a taste of one’s insignificance.

My contemplations streamed into a gaping expectation of novelty that was not filled by Buenos Aires. As a European, I had covered inhumane distances to get here and yet it seemed I had only traveled in terms of time – some 24 hours – and not in space. It was not a New World; it was a copy of the old one. A transplant of Europe, or an alternative reality maybe: a thought experiment come alive of what Europe could have looked like if only one historical condition had been different – the geographical location.

The extent to which it was the entire history that was different except for only one condition – sharing forefathers from the same continent – I was still largely ignorant of. I looked through the window with a pristine glance, and found nothing new in the buildings, shops, cars, people. The discrepancy between my physical displacement and the lack of exciting unfamiliarity was disorienting.

I would keep being reminded of this first night as I got to know Buenos Aires, both by strolling through its streets, recognizing in them every city I had ever seen, and through studying its culture and history from within the walls of my university.

Life turned out to be expensive and food not very enjoyable unless you go crazy for beef, so I was sentenced to the survival mode of the poor student living off the absorption of knowledge. Mental indulgence came naturally as all information being poured into my head about this continent was new to me, and the self-proclaimed ‘cultural capital of Latin America’ parades many cheap museums and more bookshops per inhabitant than any other city in the world. This was how I had romanticized Buenos Aires before I came.

With understanding came appreciation, as I often find a place’s value in its significance. And yet.

The enthusiasm with which Buenos Aires continuously dishes up references to foreign styles and ideas keeps the visitor from seeing the city as more than a repository of crumbled traces from other places. Everywhere and all the time Buenos Aires talks about Europe, losing itself in comparisons it can’t win. Not in terms of architecture, not the cultural offer, or the food or overall quality of life, and not even in terms of the formidable degree to which it is, spuriously, a mix of everything European.

One joke goes: an Argentine is a Spanish-speaking Italian who thinks he’s an Englishman living in Paris.

At the university I read a quote that I have been pondering ever since. It’s about Argentinian writer and former president D.F. Sarmiento, whose magnum opus has been called the foundation of Argentinian literature and identity.

“If Sarmiento was excessive, a little wild, in his passion for culture, it is because for him to know was to compare. Everything acquires meaning if it is possible to reconstruct the analogies between what one wants to explain and something else that has already been evaluated and written about. For Sarmiento to know is to decipher the secret of analogies: resemblance is the mysterious, invisible form, that makes meaning visible. Culture functions as a repository of examples that can be used as terms for comparison.”1

It seems to me that this is both the key to understanding Buenos Aires and that the city will explain to me this jumble of fancy words. (On a personal side note: also to understanding myself – after reading the quote, a classmate called me his reincarnation.)

Sarmiento would in his work and presidency talk about the ‘civilization’ (to European standards, to be sure) that had to populate the ‘emptiness’ of Argentina’s vast lands, replacing the ‘barbarism’ of the gaucho (the local version of the cowboy) and the Indian – it entailed some pronouncedly racist views.

Argentinians descent from ships, it is said. As the supposedly ‘whitest’ country of Latin America, Argentina never took part in the struggle of forging national identities through the fusion of the native and the imported. The propagated absence of indigenous people and descendants of slavery is how Argentina made itself unique on the continent and thus formed a fertile basis for national identity – but obviously a not very desirable one in a world imbued with racism. So what is it that Argentina can today derive its national unity and pride from, beyond the gaucho, meat and mate?

Argentina’s most famous writer, Jorge Luis Borges, opposed in a short essay2 the idea that Argentinian literature should distinguish itself by writing about typical Argentinian topics: “our patrimony is the universe.” But claiming everything is indeed nothing in particular.

My apartment that first evening paralleled the city. I stood in a void, which not only rendered me invisible to others – a city’s usual anonymity – but the disorienting darkness had me feeling my way around in search of something tangible. I could only discern the interior through what it had drawn in from elsewhere: faint reflections of light.

My Argentinian flatmates came back later that night. They couldn’t fix the electricity, but their presence filled the apartment and we ate empanadas (Argentinian pastries) in the dark. When I would later ask them, or others, what it is that defines their city or country, they would shrug, never having problematized the notion of identity.

Where all colors of light intersect, there’s white.